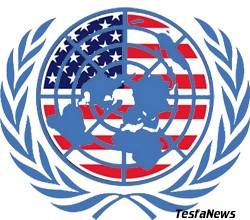 A new report card on global governance finds the U.S. has declined in leadership on nearly every area reviewed. This is bad news for Americans, and especially for advocates lobbying the U.S. Senate to ratify the UN Disabilities treaty specifically so the U.S. can tell other countries what to do.

“The report card confirms a clear trend,” said Stewart Patrick, director of Council on Foreign Relation’s International Institutions and Global Governance (IIGG) programme, which issued the report. “Around the world, leaders are less willing to compromise and cooperate in global institutions – even when their interests align.”

U.S. leadership in mobilising other governments and international institutions to address these critical issues also seemed to falter during 2013, he added.

“The United States appears to be losing interest or capacity to marshal collective action to fight trans-national threats and or promote global goods,” according to Patrick.

This decline in U.S. leadership makes the primary – and seemingly patriotic – argument for ratifying the Disabilities treaty ring hollow. Supporters like Sen. Robert Menendez say joining the treaty would allow the U.S. to lead global efforts to require countries to obey the treaty. Yet this report shows both multilateral and U.S. efforts on the global scene are failing.

Right now, other countries do look to the U.S. as a role model on disability rights. How will they respond after the rather arrogant attitude behind the ratification effort for the UN Disabilities treaty? President Obama and others say it empowers the U.S. to tell other countries what to do, but would not subject Americans to the same standard.

They dismiss concerns raised by experts at senate hearings that government officials could use the vague language in the Disabilities treaty to expand abortion and degrade parental rights.

Since last week’s unanimous Supreme Court decision on a case involving a treaty, pressure to ratify the UN Disabilities treaty has ramped up. Obama’s Justice Department attempted to use an international treaty to prosecute a jealous wife of a local crime. The Supreme Court ruled against the Justice Department, but was silent on the larger question of whether treaties can be used by the federal government to expand its power.

One federal agency misleadingly stated the U.S. cannot participate in UN meetings on disability rights or “lend its expertise” to other countries in developing laws. The National Council on Disability, which advised in drafting the treaty, says ratifying it permits the U.S. to “appoint a member” to the UN committee that assists in implementing the treaty.

No country appoints members to a UN committee. They nominate one candidate to be voted on by other countries. There is no guarantee the U.S. will win a seat. Even if elected, the members are independent and do not represent their country.

U.S. officials already participate in UN meetings to promote disability rights. The State Department has an extremely able Special Advisor for International Disability Rights whose focus is helping other countries.

Secretary of State John Kerry spoke at a High-Level UN meeting on Disability and Development and – perhaps inadvertently – made the case the U.S. is already advancing the rights of persons with disabilities both in the U.S. and abroad.

The administration’s actions are worrying. Officials used a treaty to prosecute an American of a local crime. They have weakened America’s ability to promote global good, including for people with disabilities. And they are not truthful in making the case for ratifying the Disabilities treaty.

Their actions contradict the reassuring arguments for ratifying another UN treaty.

People with disabilities should be wary of empty promises that empower government officials but not them.