WASHINGTON, DC, September 12 (C-Fam) A U.S. House Judiciary committee examined the need for a Constitutional amendment to safeguard parental rights from government intrusion due in part to norms seeping out of the UN.

“The threat to parental rights through the evolution of UN agreements comes by design,” said Wendy Wright testifying at the hearing in the House subcommittee on the Constitution. “Their perspective,” she noted, is “the child’s-rights approach that isolates children as autonomous and views parents as infringing on children’s rights.”

Wright, C-Fam vice president, explained how UN treaties are redefined by agenda-driven UN treaty monitoring committees. These committees have become notorious for misinterpreting what governments carefully negotiated and agreed to. 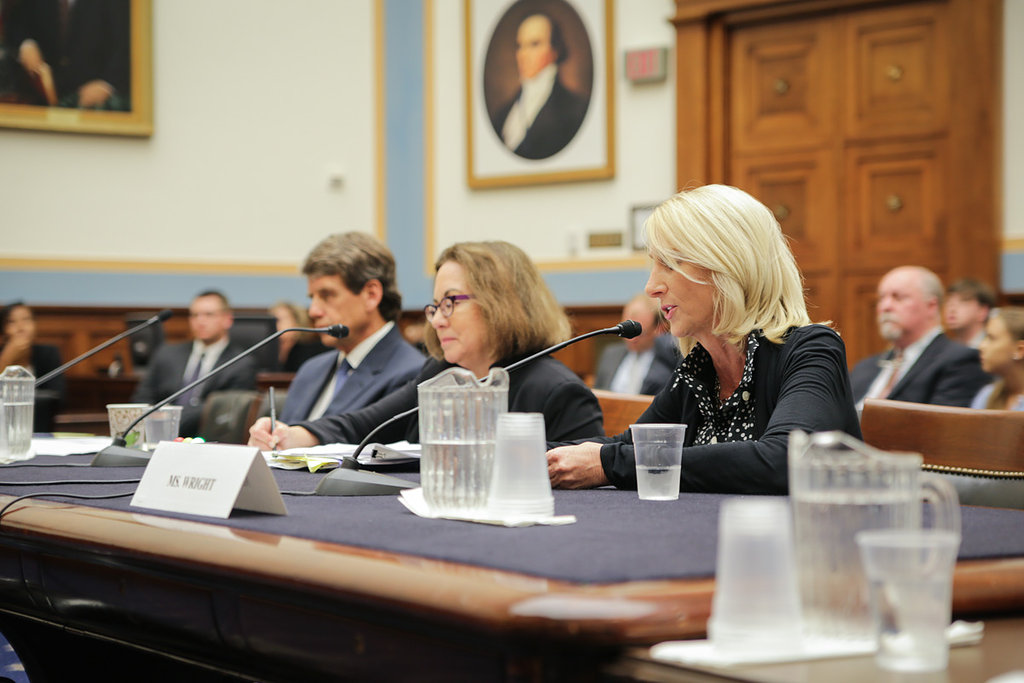 In his opening statement Franks outlined how courts have moved from the concept that parent’s rights are fundamental, citing U.S. Supreme Court case Troxel v. Granville. While a four judge plurality described parental rights as historically fundamental, “it failed to apply strict scrutiny, the standard of review used by courts in cases in which fundamental rights are involved.”

The U.S. is rapidly becoming one “where the government comes first and parents come second,” said Michael Farris, the architect of the Parental Rights Amendment. Farris has litigated multiple cases defending the right of parents as the presumptive decision-making authority for their children.

Parents around the nation are told that federal law prohibits them from accompanying their children on doctor visits, said Farris. California and New Jersey have outlawed a parent’s right to seek therapy for their children experiencing same-sex attractions. The Troxel decision, said Farris, has caused confusion allowing government intrusion on a range of parental decisions.

“Parental rights are not absolute,” said Catherine Ross, professor at George Washington University Law School. Courts must consider compelling interests, she continued, such as in areas of abortion and speech.

Chairman Franks took issue with Ross. “Ms. Ross, why would children have the right to an abortion but not the right to be protected from it?”

The area of sexual and reproductive rights is the wedge being driven between children and their parents, according to examples given by Wright. The Committee on the Rights of the Child decided children have sexual and reproductive rights and should receive services without parental consent. UNICEF has said the same. “This gives greater authority to adults offering such services than to parents,” she stated.

Wright gave the example of one UN treaty body member who admitted to using her position to promote abortion while conceding their opinions have no authority. They put opinions “out in the ether and hope others pick it up” to use in litigation, to “name and shame” and to demand compensation.

Professor Ross described the child’s-rights approach in explaining governments’ right to form children: “This amendment threatens our parents’ patriotic traditions in which the state has its own interests in making sure that the next generation of citizens are brought up safely, are kept healthy, and receive the education that our citizens need.”

Ross acknowledged it is precisely the breakdown of the family – with 40% of children being born out of wedlock that warrants government intervention because divorced parents often disagree on what is in the best interest of the child.

Congressman Franks summed up the hearing saying that the main question at hand is who has the primary and fundamental right to inculcate principles and truths to our children. We had better choose carefully, he said, because the implications have an expressible gravity.

UN Expert: World Religions Should Defer to the Authority of UN Experts